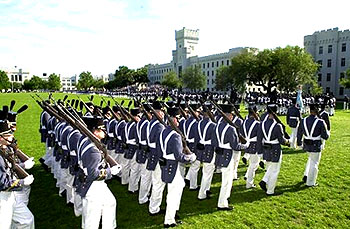 While at The Citadel we were inculcated that leaders are made not born, and that the qualities which set apart those who lead from those who are led are mental discipline, humility, Spartanism, dedication, sacrifice, self-denial, loyalty, fearlessness and love of one man for the dignity of another. The Citadel gave me a rich scholastic experience, a sense of order and a disciplined approach to life, an understanding as to the value of exercise and need to be physically fit, leadership experience and trust, truth and integrity.

Shortly after my graduation in 1965, I volunteered as a young paratroop lieutenant for service in Vietnam. During intense firefights in the jungles of the Central Highlands I learned that all great combat leaders have a certain irrational quality; a stubborn refusal to face defeat, infectious optimism, the ability to convince paratroopers that all is not lost even when they are afraid. In combat a leader must be as cold as ice; however, the leader himself must have fire in his belly, a spark of divine madness. Combat leaders must take risks but not foolhardy ones. Before making a decision he must calculate the odds realistically. But the combat leader makes decisions and implements them with full commitment. My rule of thumb in battle was always to move to the sound of the guns, to be at the critical place at the critical time-to be where the action could be best influenced. Paratroopers do not respond to a leader who fails to lead from the front. What they want is a physical contact with their leader. I learned in moments of desperation, fear, fatigue or disorganization brought on by casualties, personal example works wonders especially if the leader has the wit to create a legend around himself. When I began in the Federal Bureau of Narcotics (FBN) and later as a Group Leader in the Bureau of Narcotics and Dangerous Drugs (BNDD) my ASAC was Jim Hunt, a strict, hard working leader utterly intolerant of bungling, sloppiness and laziness. In Jim's unit a feeling of mutual confidence prevailed. There was a aura of fellowship, kinship and camaraderie. Jim had a capacity for learning, an ability to assess complicated situations, a facility for striking to the heart of the problem and coming up with the right solution. Sometimes he may not have had a ready answer but he would always give it his best shot no matter what the issue. He possessed serene unshakable faith in his agents for he had the lofty inspiring calm of a leader; firmness along with finely tempered courage first learned on the battlefields of Word War Two. He was impressive in intellect, a real leader. Jim led as a man and he influenced through the force of his personality. The source of his influence and hi! s persuasive powers stemmed not only from the wisdom of his words, but also from his deep and passionate faith with which his entire being was imbued and which he was able to transmit to us with great power. Jim was a valiant and inspiring leader. One of the most colorful leaders I have known. The Drug Enforcement Administration (DEA) had two outstanding Administrators, Bud Mullen and Jack Lawn. Neither was vainglorious; for their sense of purpose was to strong for that. Both were assertive leaders who knew where they were going and planned on how to get us there. They were not rooted to old commitments but instead periodically updated their plans and adjusted their goals to meet the changes in DEA, in our opportunities and in the world around us. They didn't judge agents by their race, skin color, sex, age or religion. They realized that different agents have different styles and are entitled to their own opinions and beliefs; knowing that there was more than one way to get the job done. Both knew that effective and efficient leadership depended on their ability to lead, motivate, educate, control, direct and challenge their agents to accomplish the goals and objectives they set forth. Bud Mullen and Jack Lawn were like mirrors, reflecting back into DEA our own sense of purpose by transforming our aspirations and thoughts into coherent policies and programs. Bud Mullen and Jack Lawn certainly exemplified the fundamentals of integrity and patriotism: stellar patriots. During my years in Operation Snowcap I worked with two leaders, Terry Bureaux and Chuck Gutensohn, who personified the word: leadership. Conflict with the Suits did not scare them. They told me what was expected of me and gave me the tools needed for me to do my job. Terry and Chuck had strong ideas and opinions but always listened attentively to mine, allowing me to speak frankly for they had a reputation for fairness and honesty. Because of their combat experience in Vietnam and Laos they had a first hand understanding of the needs and desires that motivate men. Terry and Chuck were direct and forthright. Agents knew that they meant what they said. They looked us in the eye and always appeared at ease in any situation. On Operation Snowcap they knew that playing it safe would undermine resourcefulness, initiative and stymie an eager sense of responsibility, but they always used wise restraint to prevent fixing a goal far outside a reasonable sphere of accomplishment. Terry a! nd Chuck never "passed the buck" for they knew to do so would destroy their capacity to demand and secure from Snowcap agents the supreme effort to accomplish the mission. They left me the initiative and gave me the authority to carry out the Snowcap mission in my own way. Both had the intuitive ability to bring into Snowcap the finest agents and to call upon them and receive from them the utmost loyalty and effort. They were sharp, smart and persuasive, fitted by intelligence and temperament for leadership within DEA. While the Suits within DEA would struggle and waiver, Terry and Chuck were always in a forward march gear. When the Suits would criticize they stuck to what they believed. Terry and Chuck were two of the toughest minded individuals I have met. Their self-control was amazing. Terry and Chuck were cool, composed and nerveless. There is a military saying: "There are three types of leaders: Those who make things happen; those that watch things happen; and those who wonder what happened!" Fortunately I elected to serve only with those leaders who made things happen. 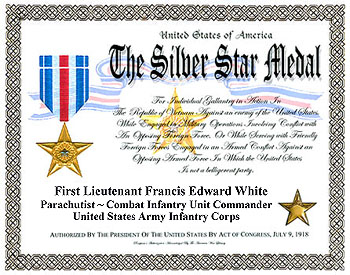 Return To The Frank White Report