Contact The American War Library | War Library Home
The information on this website is in the public domain.
No permission is required to quote, use, distribute or republish. 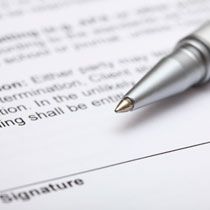 Restoring a Military Tradition...
Signing with your military name
(This Information Site is Continually Updated.)
Click Here to EMAIL THIS PAGE to a friend

The ancient practice of including the initials of your military awards in your handwritten and printed signature is still in practice by military veterans of older nations but was lost shortly in America after our Revolutionary War.

The originally Greek practice of including a maximum of three abbreviations of military medals in a veteran's handwritten or printed signature was carried over after the Fall of Greece by the Macedonians, then Persians, then Romans and later by their inheritors, the British, Spanish, French and Germans. The practice was naturally maintained by the original Americans of European descent but gradually declined to be lost in America for almost two hundred years. Veterans who have received mail or shipments from The War Library have noted the restoration of the time-honored military signature used in the mail they have received from The War Library. Many veterans organizations are now incorporating this restored tradition.

Twentieth Century complaints by American veterans that their wars and military contributions were being "forgotten" is bringing the old and needed custom of military signatures back into daily custom. Signing one's name with the abbreviations of military awards causes everyone who views a military signature to remember America's military missions and the men and women who served in them. Military signatures also set military veterans apart and above from those who did not wear the uniform.

The Restoration of using military signatures will reassert the individual dignity and service of all veterans. Being "forgotten" no longer exist.