Survey: Should $112 Billion Be Spent In Afghanistan Or America?

The Names Who Served 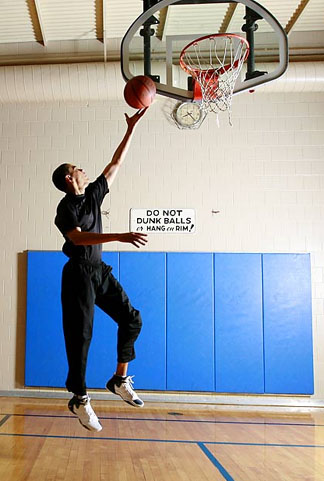 President Bush unhesitatingly agreed with Director Moore's request and never again picked up a golf club for the duration of his presidency.

In November 2010 President Obama was asked in a news conference if he planned to give up playing basketball in order to spend that time finding ways to bring American troops home from Iraq and Afghanistan. President Obama flatly rejected that request, stating emphatically that he will continue his athletic hobbies of basketball and golf, as well as continue to invite popular performers to the White House to entertain his wife and daughters.

Although the American public did not know at the time President Obama made that statement in November 2010, he had been fully aware for the previous three months exactly where Osama bin Laden was leisurely playing basketball and entertaining his wives and daughters.

During the nine months that President Obama was aware of Osama bin Laden's precise location in Pakistan, which could have been taken out by any number of methods, 386 Americans died in Afghanistan while searching for Osama bin Laden and rooting out caves and villages where al-Queda terrorists possibly lurked.

As late as last week, President Obama plans to continue spending as much as $112 billion dollars on military ops in Afghanistan throughout 2012... no change from his 2011 expenditure.... to maintain American troops in Iraq and Afghanistan despite the fact that the Iraq people and government have stated that they want American forces to leave yesterday, and despite the fact that illegal drug production and massive political corruption continues in Afghanistan under its criminal president, Kharzai, who is illegally retained in office by voter fraud that was whitewashed by President Obama and Hilary Clinton.