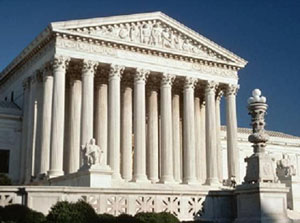 Taxing All Americans to Fund Military Medal Award Verification
An Editorial From the Senior Librarian, The American War Library
This document claims no copyright and may be freely republished.

Click Here to EMAIL THIS PAGE URL to a friend


At the time of this writing the United States Supreme Court is currently deciding whether it should uphold The Stolen Valor Act, modify it, or abolish it.

At this same time, 01 March 2012, several veterans have recently testified at a hearing convened by Republican Representative Jason Chaffetz (Utah, 3rd District) which resulted in Representative Chaffetz "chastising" the Department of Defense for not devoting millions of dollars to maintain a perpetually updated, publicly accessible database listing the awards of every Soldier, Sailor, Marine and Airman who has been authorized a military award.

It goes without saying that the tremendous cost of establishing a central Department of Defense office charged with both accumulating military award authorizations from every command within all five wartime branches of the United States military, organizing that information into a public database, and maintaining the database in real time would cost into the hundreds of millions... money that could be spent on military personnel support, weapons upgrades and maintenance, or even war deterrent programs.

Needless to say, the continued annoyance of psychotic or commercially driven individuals who lie about being recipients of military awards irks every reasonable mind. However, it must also be said that individuals, whether wacky or greedy, who lie about having been authorized a military award is a matter that can easily be remedied without allocating additional funds from the United States Treasury to the Department of Defense to perform an administrative, non-military function outside of DOD's regular chore of defending the United States, or preventing war. And it should be observed that assigning this chore to the Department of Veterans Affairs or to the National Archives would not save the Department of Defense the expenditure of high sums of money or hundreds if not thousands of personnel because regardless which agency is required by Congress to operate the public database, the data must be collected and assembled by the Department of Defense drawing upon the commands of every unit from company or vessel level to the highest command level in all five wartime branches.

Additionally, several online databases currently exist for the purpose of listing active and former military personnel and their awards. The American War Library was established in 1988 (first as a modem-based) database for this purpose. Since 1988 The War Library has collected, primarily from official sources, the names and awards of millions of men and women who served in uniform, while at the same time helped to isolate those who lie about military service or awards.

The War Library has also strongly advocated that Congressionally chartered veterans organizations be compelled by Congress to fully exercise their moral and mandated responsibility to know the identities of all military veterans and Active/Guard/Reserve personnel living in their communities. The 2010-elected Congress has not yet acted on this cost-less recommendation by The War Library.

Most importantly, no amount of tax payer dollars can be channeled to the Department of Defense or any federal agency that would succeed in regulating, reducing or pre-identifying nuts or criminals. No bank can hire enough armed guards that would totally prevent a bank robbery. No High School could hire a student monitoring crew that would prevent teen pregnancy. And no amount of money charged to the American taxpayer to discourage nuts and criminals from lying about military awards... any more than any man can be prevented from lying to a female target about his manliness. People lie. Nuts lie because they are insane. Criminals lie for their living.

The problem of people who lie about military awards they were never authorized, or military service they never performed, is no different than people who lie about diplomas they never earned, skills they never learned, lovers they never dated, Herculean exploits they only saw in movies, experiences they made up in their minds. This feature in humans is as old as eating and as prevalent as sleeping... because fantasizers live in a dream world they created. But to ask the American taxpayer to fund liar research via the Department of Defense is wrong. MLR (Military Liar Research) can easily and best be performed by Congressionally chartered veterans organizations or self-funded military research agencies such as The War Library.

The Department of Defense is tasked with defending the United States of America and its allies. But even though the idyllic desire of the United States is to make the DOD a war deterrent rather than a war fighting agency, diverting war deterrent and war fighting funds for purely administrative ends, particularly when the actual 'enemy' or target of those funds are individual wackos or very stupid criminals... not Fifth Columnists or Terrorists... cannot be justified.

The War Library commends Representative Chaffetz for openly discussing the eternal problem of HLS with regard to military service. However, whether or not the Supreme Court decides to uphold or vacate The Stolen Valor Act, every American community will continue to be plagued by the so-called 'Wannabe' simply because 'wannabes' are very weird and psychotic individuals who cannot be prevented from developing but can be prevented from carrying out their deception beyond word of mouth to people in listening range.

THINGS THAT YOU CAN DO TO REDUCE OR TERMINATE THE MISCONDUCT OF MILITARY LIARS IN YOUR COMMUNITY
The military liar problem in our country will never go away, but it can be limited, reduced or prevented in every instance without asking every taxpayer in the United States to fund a new bureaucracy that, in effect, will serve as nothing more than psycho monitoring and enforcement bureau. And even though freedom of speech to falsely yell "FIRE!!!" in a movie theater is justifiably severely punishable, a person falsely claiming, for non-commercial reasons, to be a military hero, may not be interpreted by some courts to be as publicly harmful as the stampeding of terrified human bodies fleeing and trampling from a fire that doesn't exist.

And should the Supreme Court decide that the current Stolen Valor Act needs to be re-written in order to better conform with our Constitutional guarantee of free speech, then we simply need to ask Congress to re-write new independent legislation on Stolen Valor or simply amend the National Security Act or Global Terrorism Bill (both are, so far, immune from Supreme Court involvement) to include military misrepresentation as a harmful-to-life possibility, when taking into consideration that two American soldiers were recently murdered by a terrorist fraudulently wearing the uniform of a fellow NATO soldier. Should a person die in a car crash or other fatal or injurious malady occur while driving to or participating in the attendance or viewing of a ceremony honoring or including a fraudulent individual who is being celebrated or respected for an award he or she was never officially authorized, that fraudulent individual has no less orchestrated or facilitated a bodily harm equal to a death or injury caused by an enemy combatant masquerading as a friendly forces ally.

The good thing about Democracy is that all true democracies are premised on a Constitution written to protect the lawful and the innocent (until proven guilty). A military fraud has proven himself or herself guilty the moment they falsely uttered military service, or recipientship of a military award, or falsely displayed an award or uniform as their own. Any harm, be it emotional or material, resulting from that false statement or false display, can be punished by community action or legal prosecution. But keeping in mind that enforced and vigilant prevention is always the best deterrent to crime, simply getting veterans to return to the 1919 ethics and principles that created our current VO's can accomplish more than any court should be asked to evaluate.

The American War Library remains available to assist all VO's and all VSO's.

If you wish to comment on this Editorial, please submit your thoughts in one or both of the following Forums: